The two axles mentioned in the axle box section were turned to fit the axle boxes. They will have key ways machined later when the wheels are done bearing in mind this is a three cylinder loco and the wheels will not be at the standard 90 degrees offset as in a two cylinder loco.

The biggest job on the axles is obviously the crank axle. The way I planned to make this was to make the webs and fit the big end shaft and then the axle all the way through both webs so the the whole assmebly would fit square and then silver solder the webs in place and finally cut out that bit of the axle between the webs. Will it distort in the heating process of silver soldering? unsure.

The first job was to make the webs. These were made from 1/2″ thick flat MS bar machined down to 7/16″ and cut using my little X1 CNC mill using a 3/16″ slot drill. A bit heavy work for this little mill and each web took 3 hours on the job. Part of the CNC program spotted the centres for the axle and big end bearing. 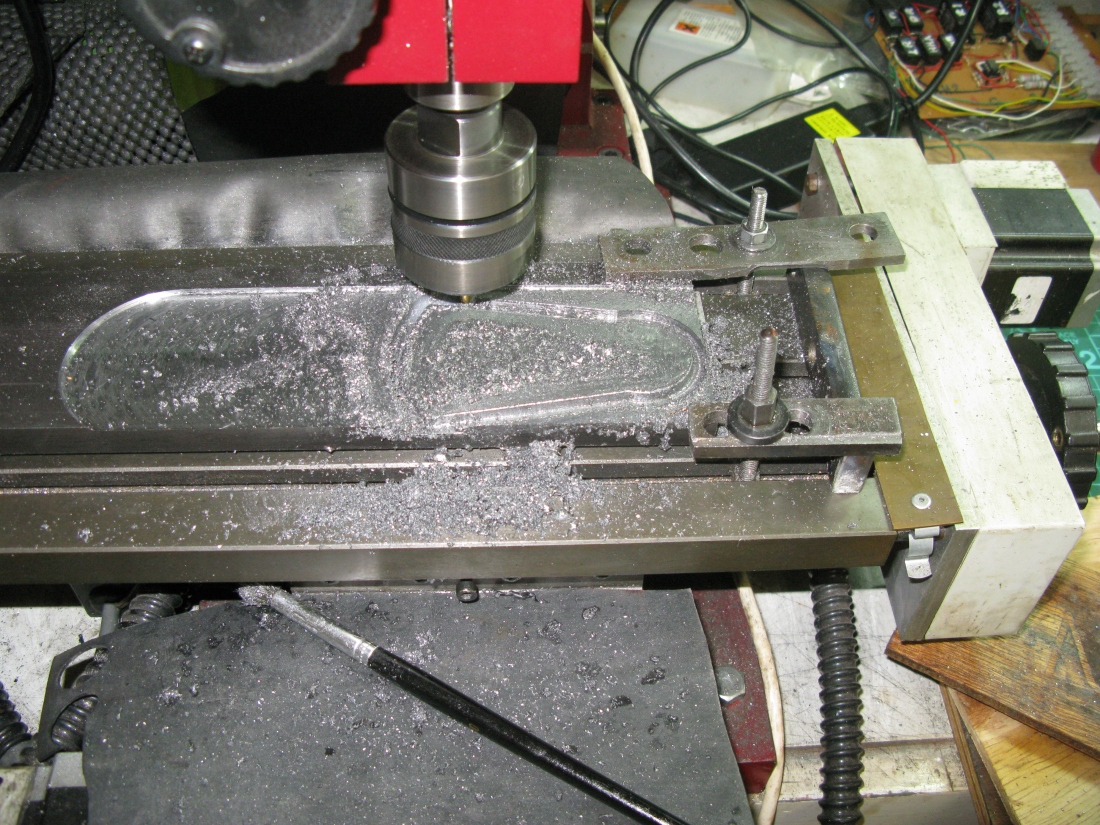 Next came boring the holes for big end and axle. This was done on the mill with both webs clamped together on the mill table so both webs would be exactly the same. The spotted holes were aligned longtitudinally by reference to the two spotted holes places. The two holes were pilot drilled, opened out to 1/2″ and then bored with a boring head. The bored holes were given a slight chamfer on the outer sides for the silver solder to fill into.

The big end bearing was turned down to size so that it was a tightish sliding fit in the webs. I did not want a tight fit as the webs would have to be aligned and a tight fit would make that difficult and in any case the silver solder would not penetrate I thought.

The axle was then turned likewise to be a good sliding fit and the ends turned down for the wheels.

The parts were then assembled and the assembly was nice and rigid. The webs were located centrally on the axle and a 1/2 square brass bar clamped between them to maintain the spacing whilst silver soldering. 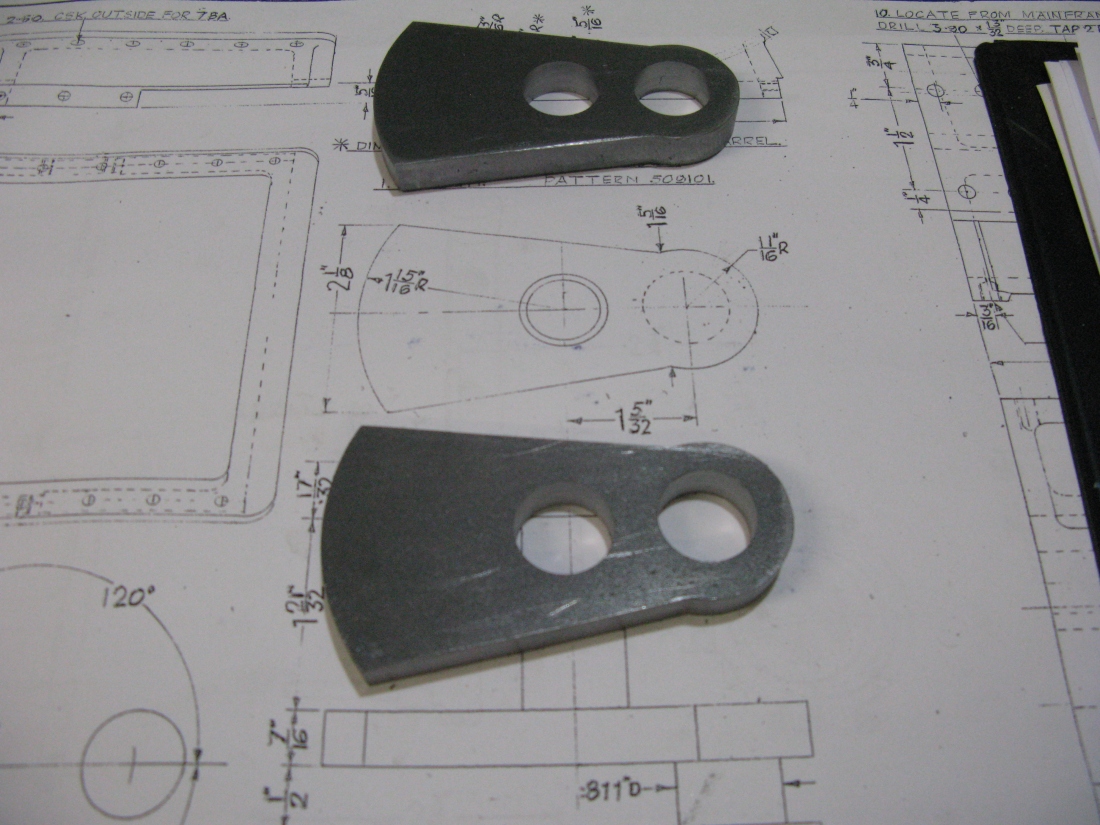 Assembled crank. The machine marks mainly come from not being able to clear the slot from chips.

The white stuff on the big end is Tipp-ex correction fluid. It stops the surface scale.

The assmbly was left to cool naturally the flux chipped off and then placed in a bath of very dilute Hydrochloric acid ( I had run out of TD10) and left for 1/2 hr. or so and this removes all the scale that forms when heating.

The decision to make the axles and holes a good sliding fit had the advantage that the whole assembly was rigid for silver soldering. The disadvantage was the silver solder did not flow through the joints as there was insufficient clearance. Not being certain on how far the solder penetrated I decided to pin the joints as well to be sure that the assembly did not shift in use. Silver steel 5/32″ pins were used on all four joints. They were fitted with Loctite retainer before the axle was cut between the webs.

Having left the Loctite to set for an hour or so I cut the axle from the middle of the webs and filed down the ends between the webs to a smooth finish. A quick spin on the lathe showed the axle to run true so no distortion.

Finally a squirt of surface cleaner and a coat of primer on the webs and a light emery scrub over the axles ends finished the axle  apart from keyways for the wheels and inside cylinder valve gear eccentric.

The cartazzie axle is not too difficult to turn. I used a 5/8″ diameter bar in a collet having been cut to just over 8″ long and supported at the tailstock with a revolving centre to turn the diameters down for the wheel and the axle box. The end was then drilled and tapped 1/4″ x 32 ME for the axle box retaining  screw. The axle was turned around and with a smaller collet to hold the wheel diameter portion the other end turned similarly ensuring the 4 11/16″ dimension between the wheel diameters which governs the back to back dimension for the wheels.